Some women can be cruel in rejecting suitors; most others just blunder around, trying to figure out a way to do it that doesn’t make them feel guilty. I believe, back in my dating days, I was rejected in most kinds of ways that a person can be: this without being terribly forceful in putting myself forward.

One particularly memorable rejection went as follows. I was about twenty-five, and I asked a woman at a club if she wanted to dance. Her reply? “Yes, definitely… but not with you.” She looked at me like I was something she would scrape off the bottom of her shoe. I had no witty or stinging retort. She turned back to her friends; I slunk back to my table. I sat there with my drink, my face on fire from embarrassment. The guy I had ridden to the club with wasn’t at the table, he was in the process of successfully picking up some other woman. He was married, by the way, we had just come from having dinner with his family. I sat there, burning, until I bolted out of the club and walked the five miles back to his house where both my car and his wife and kids were, got in my car, and drove home.

That was more than twenty-five years ago. I am now happily married to a woman I love deeply, and have five grown children and three grandchildren. I can’t honestly say I remember that night like it was yesterday; in fact, I don’t exactly remember what the woman looked like. But I do remember how I felt, and I do remember what I did afterwards.

If I had been a sane, balanced person at that age, I might have thought, “Well, that was cruel and totally uncalled for,” and moved on with my life, grateful that things hadn’t gone differently and I had ended up in a relationship with her.

As it happens, I was not a sane, balanced person at that age, so I assumed that there must be something wrong with me. It did not help that my sleazebag cheating married friend — actually, he was my boss — was seemingly so attractive to women. Karma eventually caught up to him, and perhaps a kinder version of it caught up to me as well.

I didn’t know and don’t remember anything about this woman. But her words stuck with me, and having grown kids now at that same age, I watch them, particularly my daughters, as they have struggled from time-to-time with how to rid themselves of unwanted guys. Each has usually gone the passive-aggressive route, acting progressively more indifferent and hoping that the guy will realize she doesn’t want them without ever actually saying so. This is thought to be less cruel, and it certainly is less so than the way Miss Demeanour rejected my request to dance all those years ago.

(When asking a woman to dance, the easiest to take turndown is the most direct and polite: “thank you, but I don’t care to right now.”)

With relationships that are slightly more advanced, the secondary class of “easy let-downs” are well-known: the “I like you as friend”, the “I like you, but not that way”, and the ever-popular (immortalized in Seinfeld) “it’s not you, it’s me”. I got every one of these over the years, word-for-word. They are all attempts to tactfully say, “you just don’t do it for me,” and each has the merit of being honest without being deliberately hurtful. However, they still all hurt to hear. Which is why many, like my daughters, go the way of passive-aggression.

Still, most rejections tend to be very asymmetrical; on one side, you have a person who cares and takes the rejection to heart, on the other side, you have someone who frankly doesn’t really care, which is the whole issue. So, no matter what methods women use to reject men, it is hard for men to take. 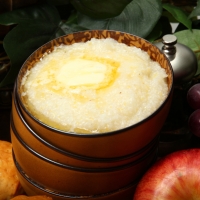 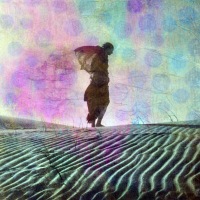 this weight my soul